“Real professional outfit throughout the entire process from my loan application to getting funded. All my questions were answered. I’m now in the middle of a multifamily rehab which we are looking to sell within 6 months. And we already have a new deal we need more hard money for.”

“My husband and I were rejected by our local bank for financing for a fix and flip project on our street. A friend suggested SE Jacksonville Hard Money Lenders. They explained everything really clearly. I have no idea that hard money was actually better for us because of how fast we wanted to sell.

​​”Opted for a residential bridge loan and was impressed with the whole process. I was facing a quick turnaround and the team made it possible. Thank you for allowing me to purchase my dream home.”

Don’t Let a Lack of Financing Be the Reason…

Over 1,900 hard money loans issued and $500 Million in loans funded​ ​​around Jacksonville, FL

A typical one week process that is as straightforward as we are.

Our City We Love, Jacksonville

What is a hard money loan?

A hard money loan is a loan backed by a “physical” asset that produces revenue to pay back the loan in a short period of time or more commonly, is sold in order to repay the loan.

​In most cases, loan terms last no longer than 12 months.

Secured by the value of a home, apartment block, etc. and is backed by the borrower’s ability to pay back the loan in monthly installations.

But Why Would Anyone Need to Use a SE Jacksonville Hard Money Lender?

The speed at which funds are made available. Hard money lenders typically loan in under 7 days.

The ability to get loans on properties that banks won’t loan on, often because ‘too much’ rehab work is required than what a bank is willing to accept. Hard Money Lenders love these types of projects.

​The much more flexible (vs bank  financing) and negotiable repayment terms.

NO CAP ON # OF LOANS

Banks and financial institutions will typically stop lending to you when you have upwards of 5-8 current loans. And it doesn’t matter if you’re seeking to work with a new lender who you have not worked with before.

Our Jacksonville based lending advisors are on hand to offer you unbiased advice so that you make an informed decision.

​A Hard money lender basically does what banks do: they loan money, and do it with complete transparency of loan terms that are agreed upfront.

That said, many people with high credit scores and perfectly good credit history will often prefer to make use of hard money loans for specific transactions and in specific situations. This is because hard money loans provide distinct benefits over traditional bank loans.

SHOULD I CONSIDER A HARD MONEY LOAN?

IF YOU NEED MONEY FAST…

Either in order to close on a property in time or for some other situation, then a hard money lender affords you the ability to get capital much faster than bank financing will.

IF YOU HAVE POOR CREDIT HISTORY…

Or a low credit score, then a hard money lender may be the best or even the only financing option available to you.

IF YOU NEED MONEY FOR A REHAB…

Or if the banks are unwilling to give you anymore loans, then a hard money lender allows you to secure financing quickly with much less red tape.

Our Jacksonville hard money loan advisors would be happy to spend some time with you to understand your personal situation and the project you are needing financing for. Complete the form on this page or give us a call.

WHAT ARE THE ADVANTAGES OF HARD MONEY LOANS VS TRADITIONAL FINANCING? 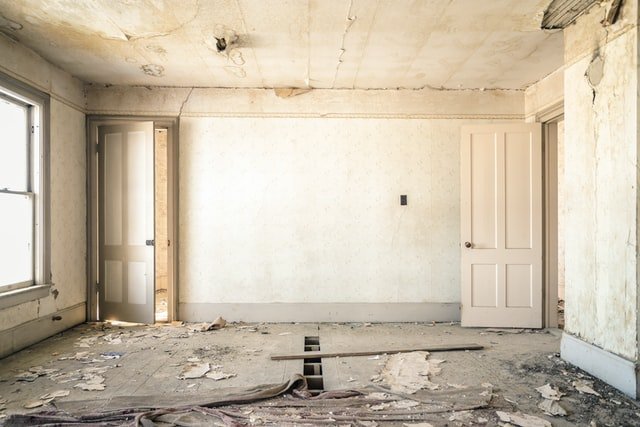 HARD MONEY LOANS ARE NOT EXECUTED THE SAME WAY​ and not subject to the same red-tape as regular bank financing.

The amount of time to deploy the capital is decreased considerably.

Terms of hard money loans are flexible and negotiable, and can often be worked out between the loan provider and the borrower. The absence of strict loan conditions is a key differentiator to traditional bank financing. The main reason for this is because hard money loans use the property as collateral, more specifically the “ARV” (after repair value).

For those who are not able to secure traditional bank financing either because of bad credit or maybe because of the condition of the property, are able to qualify for hard money loans since the “ARV” of the property the loan is being taken out against is a critical factor in deciding to make a hard money loan. In other words if you are able to present a good investment opportunity, chances are you will get the money you need to close on your deal.
​
There is more versatility for the borrower versus traditional bank financing. This can allow the borrower to work out favorable repayment terms that can accommodate their personal financial situation and the specifics of their deal.

Is there more than one type of hard money Loan?

Whether the loan is for a flip project or an apartment building the essential characteristics are present, i.e. the cash does not come from a bank, the decision to provide money is not based on credit history or credit rating alone and typically the lending decision is based on the After Repair Value of the property.

Within the industry it is not unusual to categorize different types of hard money loans based on the type of property the money is loaned against.

Hard Money Loans CAN BE Classified AS…

When someone acquires a commercial property, it frequently takes time to make necessary enhancements and upgrades required to lease to appropriate tenants.

​A bridge loan is a method of securing the short-term financing required to bridge this time period. Because we are a commercial hard money lender we also offer bridge loans to small business operators who require capital for commercial properties they already own free and clear, or in which they have significant capital.

A residential rehab loan is used by people who have found a house whose value can be significantly increased after rehab work, and are looking to enjoy the passive income earned as a result of getting tenants and leasing the property at a higher rent thanks to the rehab.

Because of the speed at which funds will be in your bank account, a resi rehab loan will enable you to purchase properties when markets are hot and there is inevitably a lot of competition.

​Banks and home owners want to sell these residential or commercial properties fast, and thus will only deal with buyers who have money available. We can provide you with same-day pre-qualification for a hard money loan. Because we are asset based hard money lenders, you can be sure we can loan on your type of rehab project.

Foreign nationals and residents who come to the U.S. from other nations should not be unable to invest in local real estate. Yet banks make it difficult to secure financing in order to purchase real estate in the United States.
​​
As a hard money broker we strongly believe that purchasing the American dream shouldn’t be hard and not limited to U.S. citizens. The purchase and improvement of real estate helps the greater good.

We provide loans  as long as your investment is for the purposes of making money from it and it makes sound financial sense. This is just once reason why we specialize in hard money loans for real estate investors, foreign investors included!

Let’s Get Your Project Going

Give our team a call right now to discuss your financing needs. Or if you’d rather, complete the form below and a member of our team will be in touch.